Oh man.  Where do I begin? I am somehow going to condense a 10-post narrative into one post. Right now you’re thinking, “Well I’m clicking the heck outta here, that’s for sure!”

Maybe stay with me for two seconds. I’ve taken a bit of a blogging hiatus recently, and I thought I should address it before I jump back into the regularly scheduled program.

In January of 2014 I was diagnosed with cancer. It was horrific. I was deathly sick, I had a half dozen surgeries within a matter of months, and life as I knew it was over. By November of that year, I was considered cancer free. Yay!! “So what’s the problem?”, you’re asking. (I like to tell you what you’re thinking, if you haven’t noticed by now.)

The problem is that in April of 2014 my best friend was diagnosed with liver cancer. He died on December 1st at 43 years old.

I’ve been stopped after that sentence for five months now. 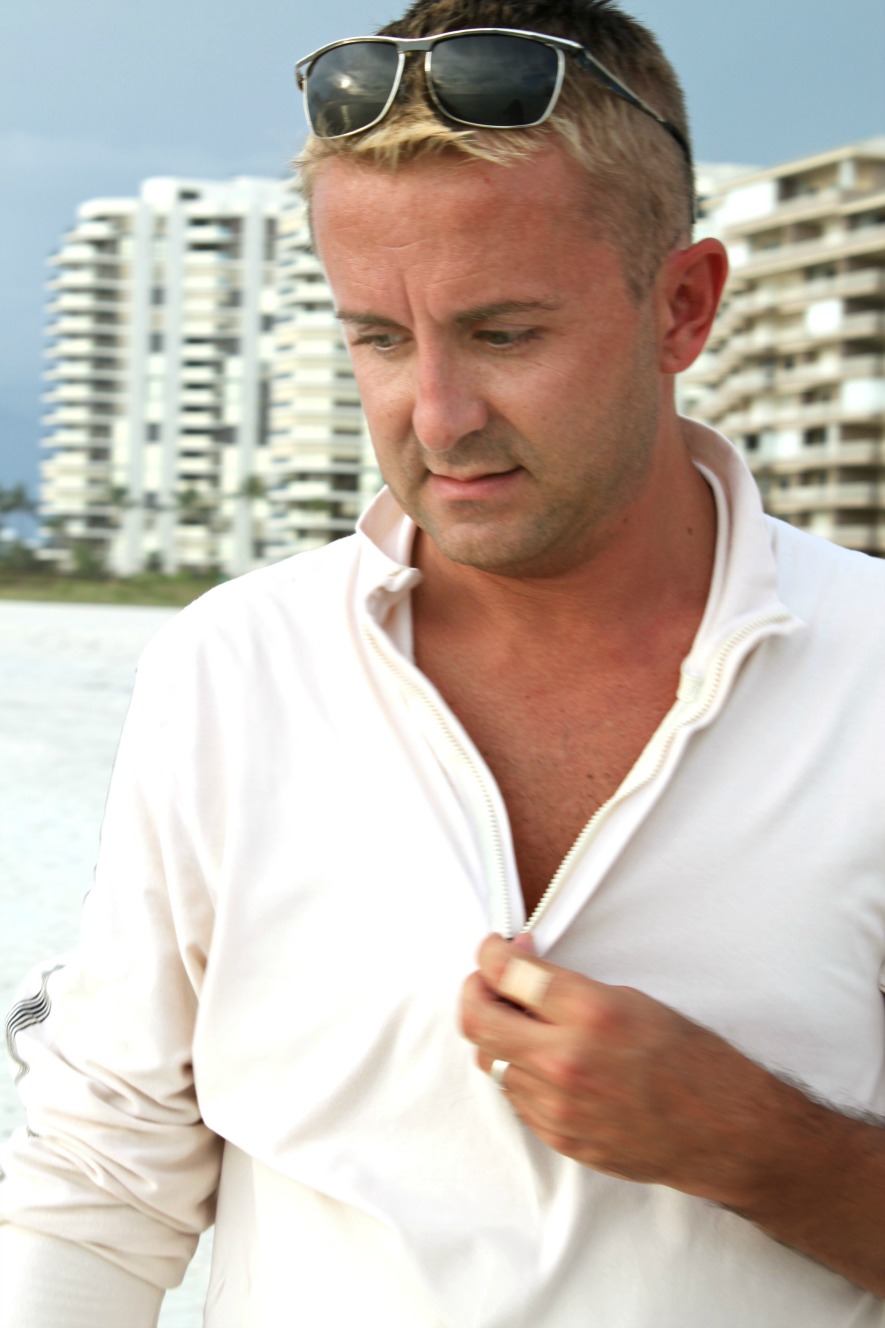 What do I say? “I stopped blogging because I was pissed at the world, and I didn’t want to talk about *#@^!* paint colors anymore?” Yes, I guess that’s what I say.

In a couple of years, my entire world was turned upside down. I no longer worried about gallery walls, and I certainly didn’t give a rat’s behind if you were showing me how to hang one! My best friend was gone, and I couldn’t come out from underneath the hurt. 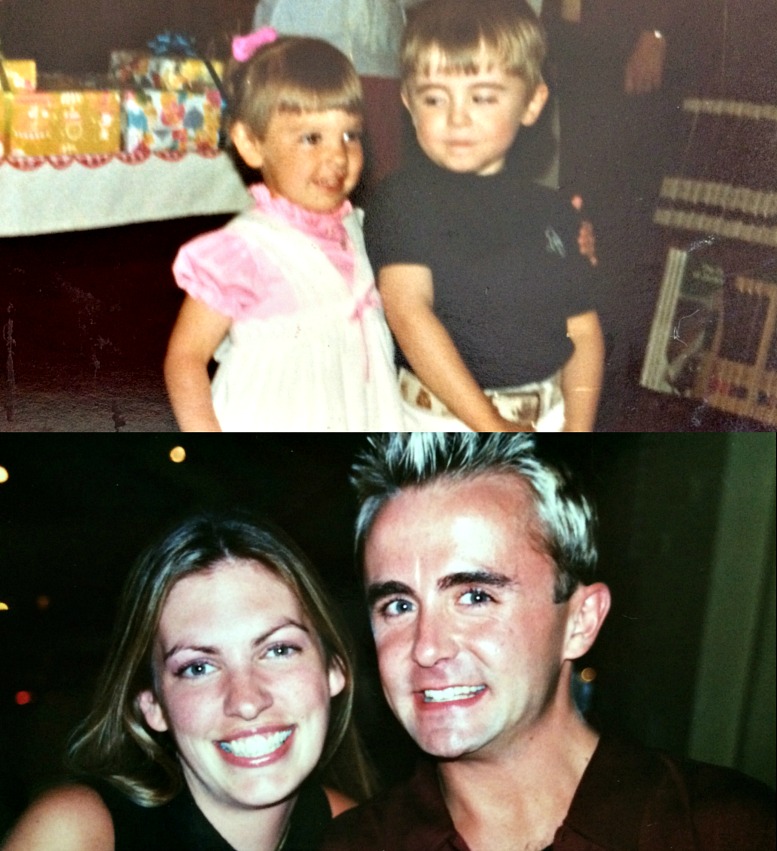 As bloggers, we revel in before and afters. My unfortunate before and after was that of my diagnosis and the subsequent death of my best friend. Carrying the burden of my grief in my personal life was difficult enough, but the thought of stifling it while blogging was overwhelming. So…I stepped away.

Two things happened recently that helped me come to terms with it again.

First, David’s birthday was on August 8, and I flew down to Florida after Haven to spend it with his brother (David and I were inseparable first cousins) and David’s partner of nearly 20 years. We laughed, we cried, we cried some more, and I could feel some of the grief alleviating. I was spending time with people who reminded me of him and who loved him as much as I did.

{David’s entry in his house. Clearly, we had decorating in common as well!} 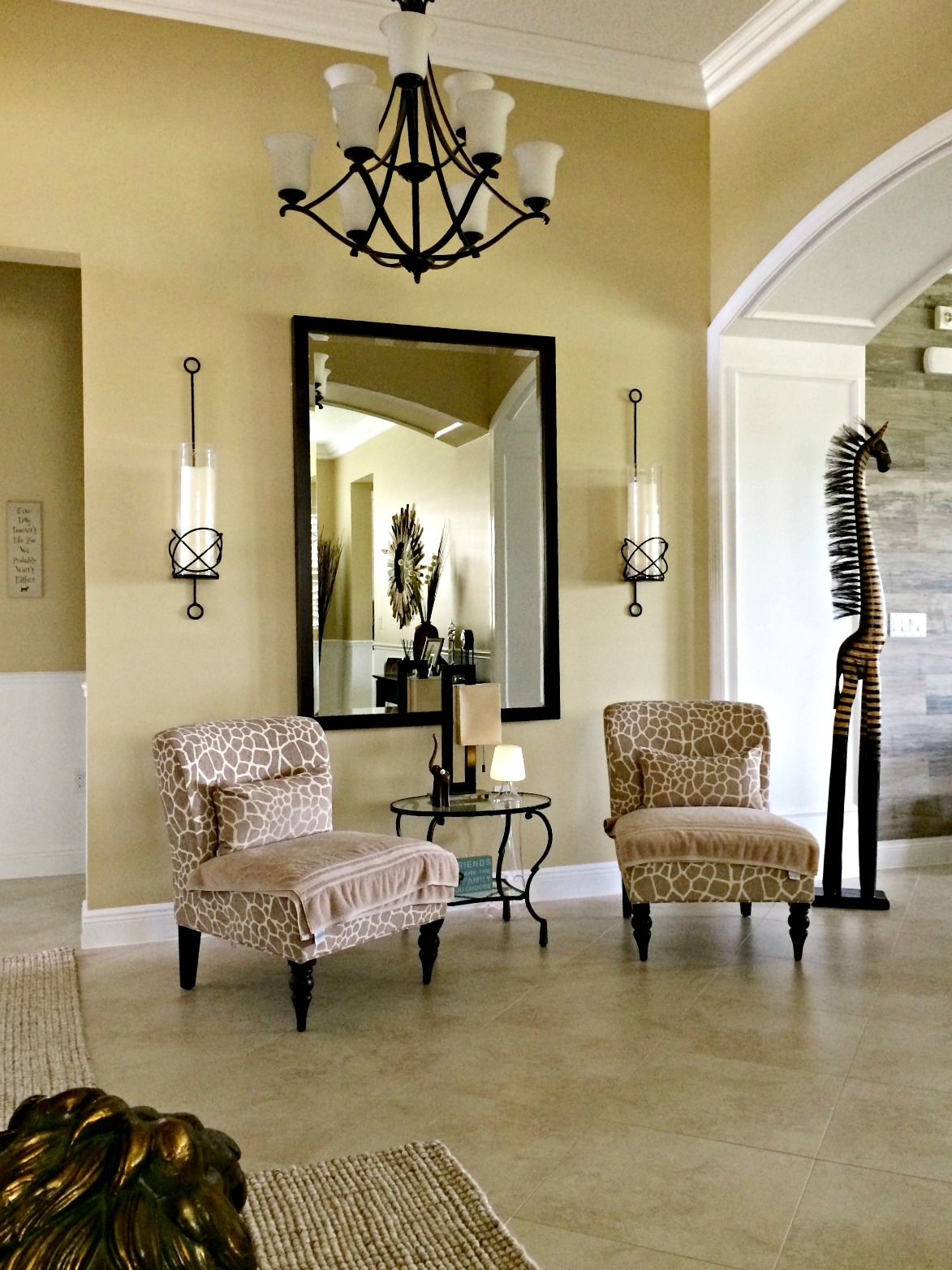 And then…John and Sherry happened. I feel kind of awkward even saying this because it sounds so dramatic. But it’s true nonetheless. The couple from Young House Love were our closing speakers at Haven this year. We thought it was fitting that they were our keynotes our first year, and our closing on our fifth. More importantly, they stepped away from blogging (blaspheme!), and we wanted them to address what life was like “after the blog”. For me? Game changer. 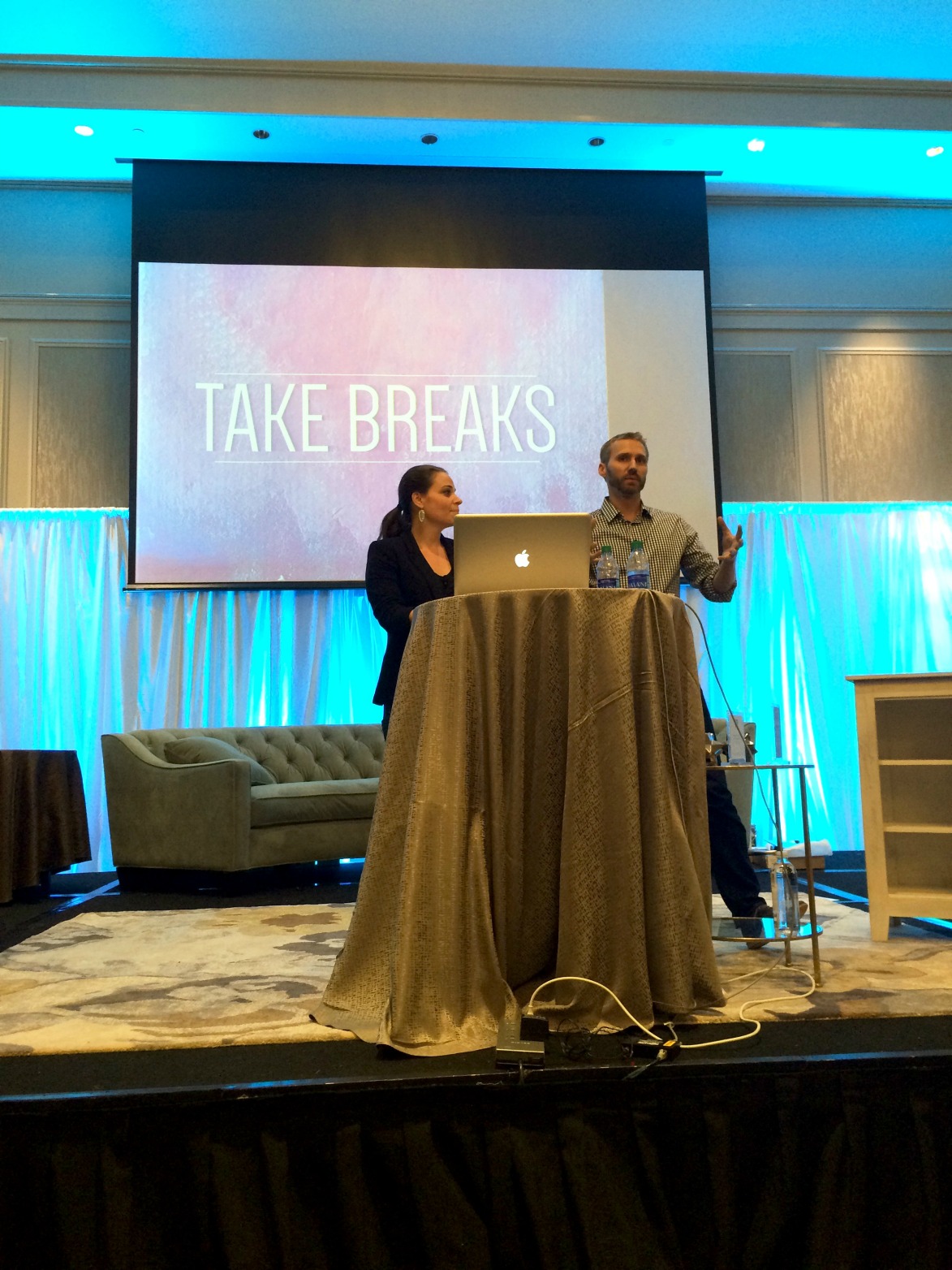 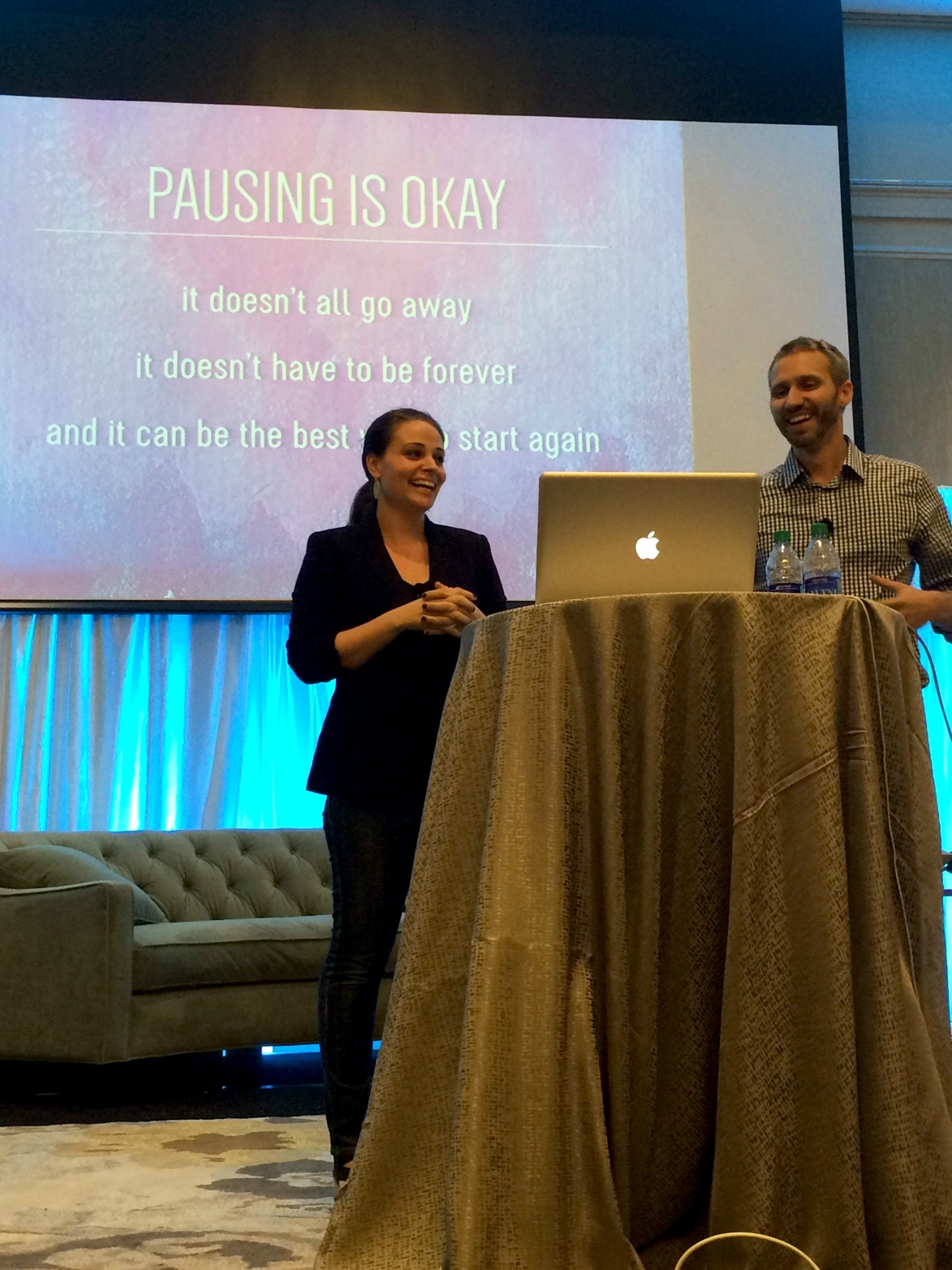 John and Sherry tapped into an insecurity that I believe most, if not all, of us have. If we stop blogging, will “it” go away? Will we be completely lost if we start up again? Their answer was much more eloquent, but essentially…no. While the blogging world does not stop for you, it most certainly does not abandon you.

Their words rang true. I work full time, I run a national blog conference, and I have a small gig on the side called a family. Pausing is okay. Taking breaks is okay. I literally sat in the front row looking like a bobblehead. I nearly stood up and shouted a good ol’ AMEN!…but I refrained.

So what now? Goin’ back to basics, my friends. Another John and Sherry point is to remember why I started. I just wanted to show people how to do things. I wanted to provide some inspiration for them. So…that’s where I’ll begin. Hopefully, over time I can get back to a more regular schedule. Until then, I’m working my way back.

Thank you for your patience, your support, and your concern over these past several months. I’ve missed you!

And for what it’s worth, this quote has really rung true for me since David passed. Perhaps it’ll help you too. 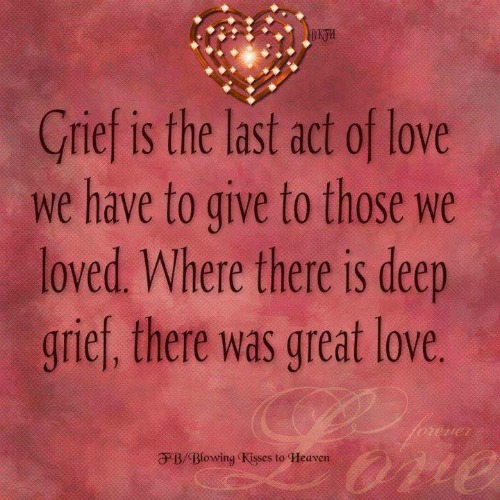 “Where there is deep grief, there was great love.”