Thank you so much for all your messages and e-mails checking in. I apologize for essentially abandoning you, but I’ve had good reason. I have been diagnosed with Stage 1 cervical cancer. There. I said it. I hate saying it. It seems like an oxymoron to call myself a blogger who is a private person, but it fits. It’s not that I don’t trust people to know things necessarily. I just get uncomfortable talking about myself too much. I’m not a “cancer chronicles” type of person. Does that make sense?

I was diagnosed after the holidays, had a radical surgery at the end of January, found it had spread into a lymph node, and been on chemo and radiation ever since. Basically, my life has absolutely sucked during 2014. The problem is that I am not responding to anti-nausea medication–all 12 of them that they have me on. I have been hospitalized or bed-ridden since January 30th, and it is breaking me. 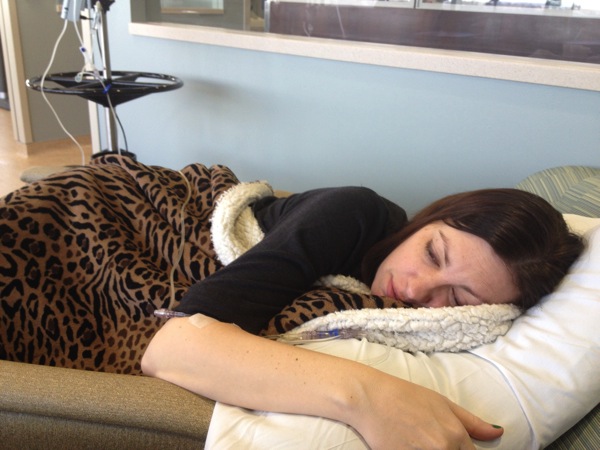 This is where most normal people would go on about all the complications that have occurred and problems that have come up, but I will just leave you with “it’s been really bad.”

Sooo blogging takes a backseat. Everything takes a backseat. I have giveaways I never announced, sponsored posts that were never written, and projects that were essentially abandoned. When comparing those things to telling your kids you have cancer, it just doesn’t matter anymore. One thing cancer does? Puts things into perspective. I know that I married the most supportive and loving man on the planet, that I am loved–I mean really loved–by my family and friends, and that my kids are the most perfect and wonderful people I know. 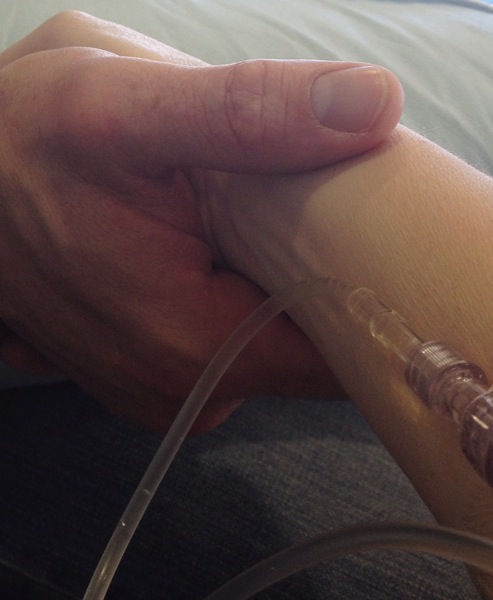 I still have a bit of a road ahead of me, but the “bad chemo” is almost over. One more treatment, and I can hopefully start getting some semblance of my life back. Wishful thinking? I certainly believe in the power of prayer, and I’ve been doing a LOT of it.

When this is all said and done, I plan on burning my sofa and my entire bedroom. Kinda sick of being in/on both of them, ya know? So maybe that’ll be something we have to look forward to. 🙂 I promise to check in again as soon as I’m feeling better, and I really do appreciate all your concern and support.