Yes, part one. There’s no way I can wrap up the birthday extravaganza in one post, so I’ll share it with you throughout the week. I used to throw these over-the-top/this-is-too-stressful/what did I get myself into?parties for my kids, but I decided to take a couple of years off. Well, little one reminded me that this was a big year for her (double digits and all), so she wanted a big party. 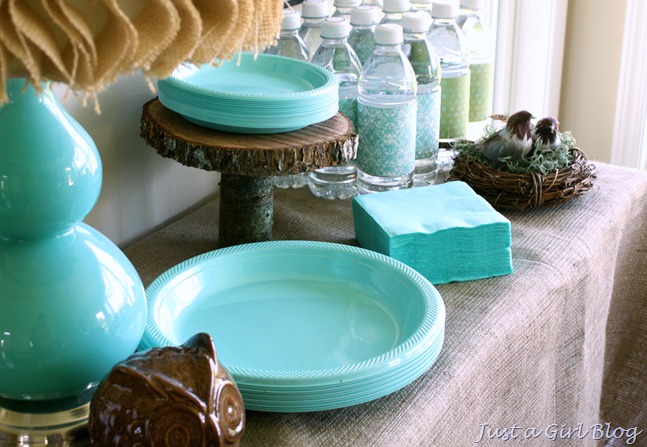 So I we decided on a woodsy/woodland theme for her. I quickly thought about red, white, and green, but that seemed a little too juvenile for her. I went with cream, blue, green, and brown. Such beautiful colors together, eh? 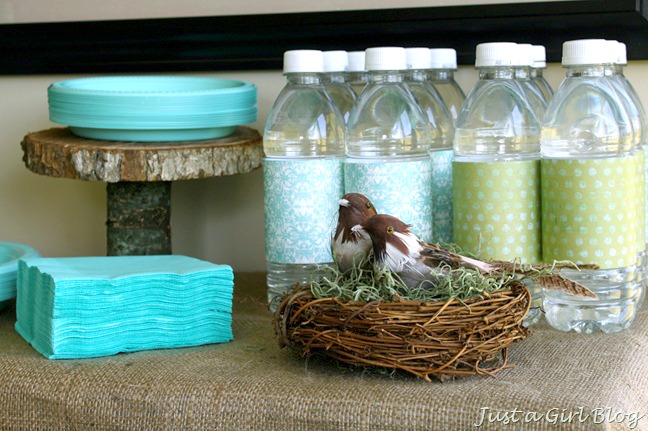 The trick to pulling off a woodsy theme? LOTS of burlap, moss, and branches. Burlap and branches are easy enough, but moss is pricey! Eeks. I was able to cut some corners by finding some butterfly decorations at Salvation Army and painting them gold, and I placed our bowls for food into planter liners from Wal Mart (.77 cents!). The big food hit was probably the owl cupcakes. Such an easy recipe (found online) with such a cute outcome! While we have a large forest behind our house, we didn’t really have any large trunks to cut. I asked my husband to put out an SOS to a friend, and he came through! He cut several of them about an inch and a half thick. I used some wood glue to put them on smaller branches that I found in our woods and cut with a miter saw. 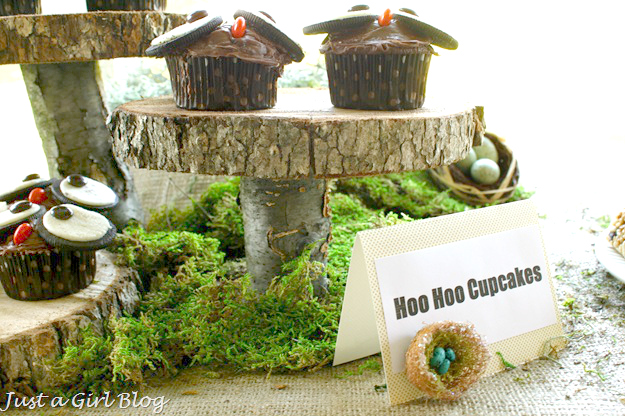 Visions of making a tree trunk cake briefly swirled through my head, but I opted for a $7.00 chocolate one from Wal Mart. WAY easier and totally cute with some scrapbook paper cut into a little pennant decoration over it. I wish you could see the detail on this paper better. It had a hint of glitter in the pattern and was so pretty. You don’t need a fancy template to make one of these. I literally sat down five minutes before the party and just freely cut some triangles into the paper. I hot glued the two sides together and stuck the sticks in the cake! 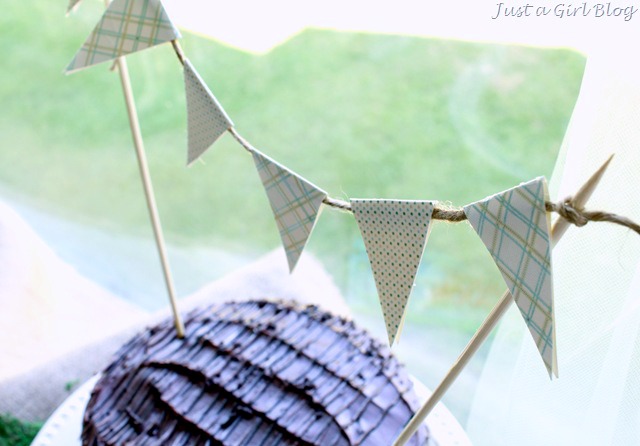 And in true blogger failure form, I didn’t get any pictures once the food filled in the gaps on the table. Shame on me, but I think you get the idea. We had a light meal of sandwiches and pasta, and it fit in very nicely with all the natural elements of the decor.

Next up? Where do you have 7 girls sleep, have a dance party, and watch movies? A DIY tent, of course. I’ll be back with that on Wednesday!