It’s official. 11 years old is apparently the age in which our annual pinecone hunt is no longer worthy enough to get my son to go with us. Never fear. He went. With some persuasion. 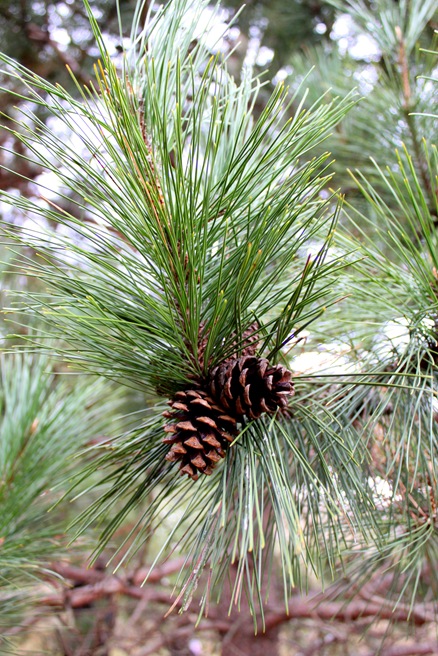 It’s at this time of year, that I find myself once again on the prowl for some free, natural items to decorate with. Thank goodness for our backyard. 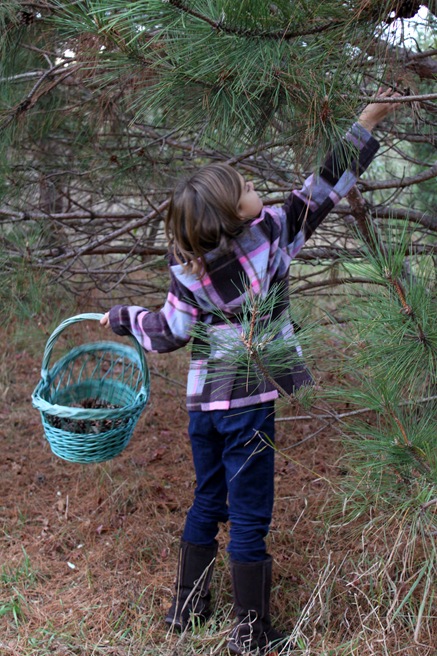 While my daughter daintily carried her basket and picked the “perfect” cones, this is how my son decided to hunt. 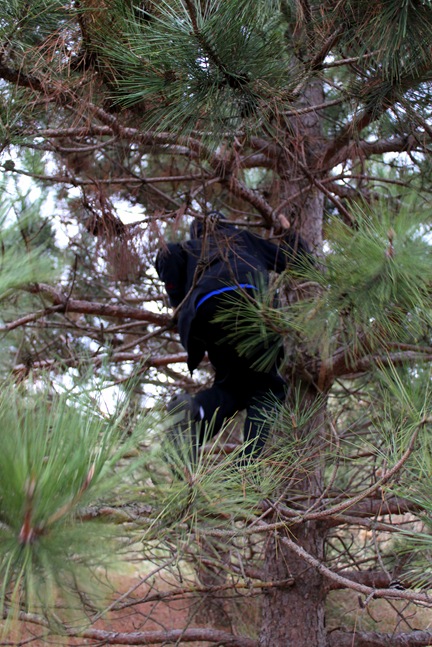 Even my husband decided to get in on the search. Notice his vice grip. Poor little cone was probably screaming for dear life! 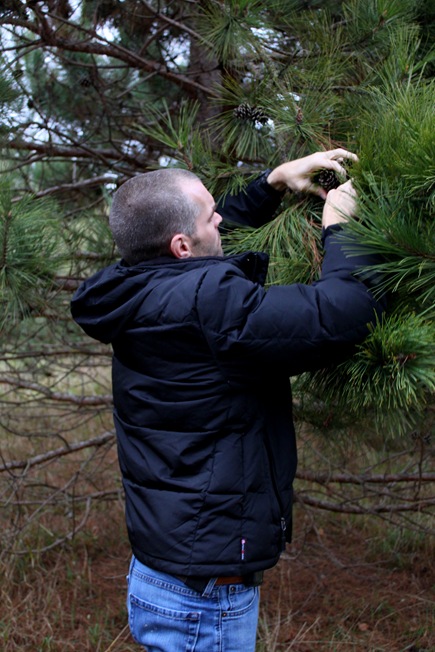 And then there’s the Nemesis. He kept catching deer scent, so he was running around all over the place. This is the only picture I have. And it’s of his butt. 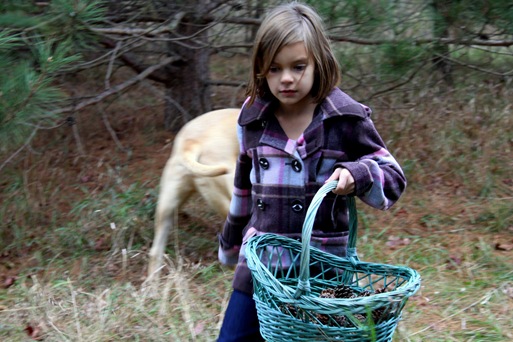 Luckily, the hunt proved very plentiful for us! My husband kept saying, “Isn’t that enough?” Poor guy. So naive. 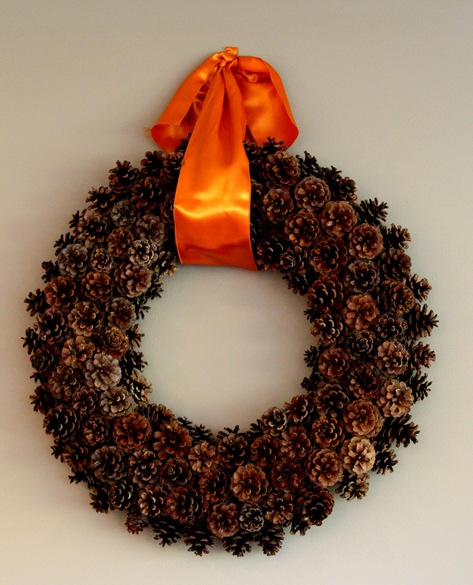 Well. Wanna see how I did it? Here we go. First of all…I gathered a lot of pinecones. 🙂 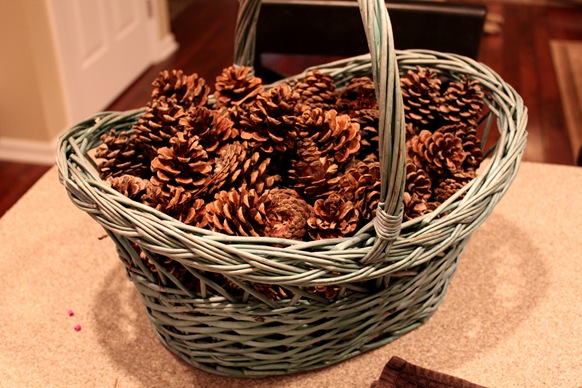 I had a styrofoam wreath in my basement (yes, really) that I decided to use. I think it was about $5.00. I spray painted it brown so it wouldn’t show through as much when the pinecones went on. I couldn’t find my dark brown paint, but I would recommend that in the future. 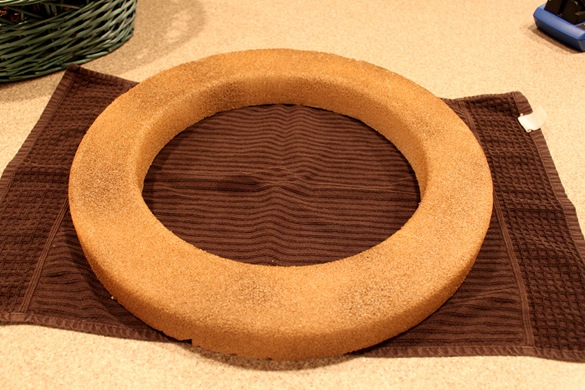 At first, I tried to place the pinecones in some sort of pattern, but it really didn’t work out for me. I basically placed them on one at a time and squished them into some sort of fit. 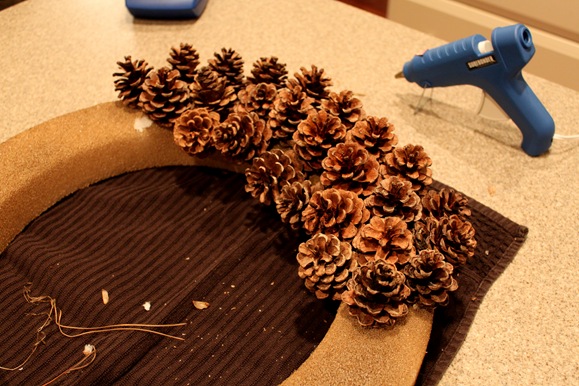 I worried about the top first, then I plugged the cones onto the exterior and interior sides. 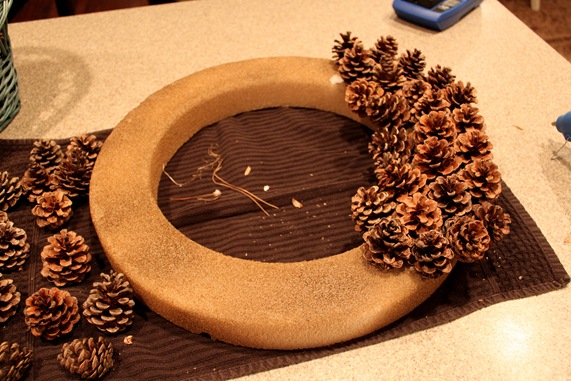 Once it was all done, I went back with some tiny pinecones and filled in some gaps that I thought showed too much. 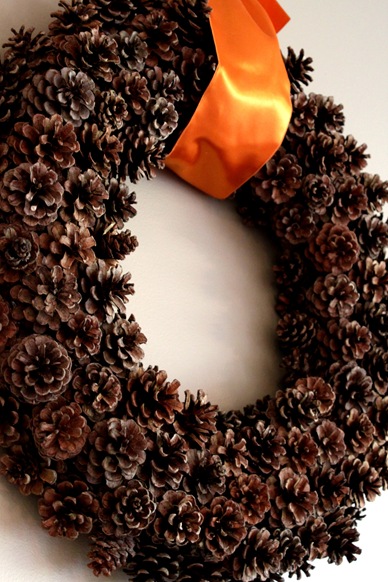 While it only cost me $5.00 to make, I’ll admit it took me a while to do. I’d say it took 3 episodes of General Hospital and a half a Lions’ football game. Yes, that’s how I think. 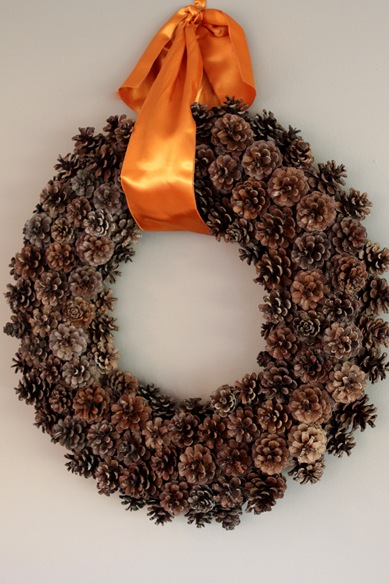 Oh, and a ton of glue sticks. Like, literally a ton. I guess you can imagine how heavy this wreath is then. 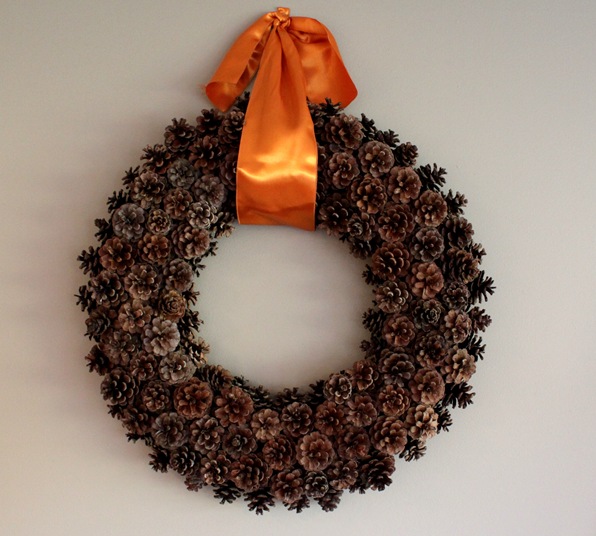 This is a sneak peek of the fall mantle. I’ll be back later to show the rest!