(Apologies for the old post–behind the scenes difficulties)

I was sitting here with blogger’s block when my son said, “Mom, I want an Indiana Jones party!”. Then it hit me. Birthday season is coming. My kids birthdays are in July and August, which means I start planning in December. Well, maybe not quite that early. Last year, my son had a Pirate’s of the Caribbean party. So…the planning began. 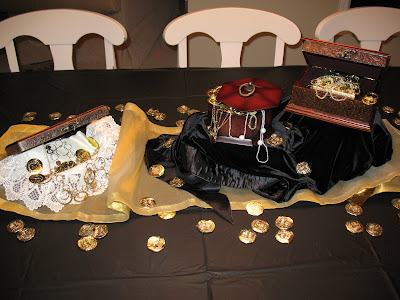 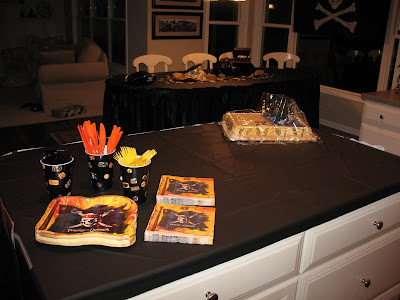 I would like to say I easily ordered the cake, but this is NOT what it looked like when I picked it up. It literally had two spots on the top–one for water and one for sand. I had to crumble graham cracker crumbs all over for the sand, cut cereal boxes for the shark fins, add chocolate chips for the treasure spot, and dig through my son’s toys for all the other embellishments. I don’t know that there’s a word to describe my anger at the bakery that day. 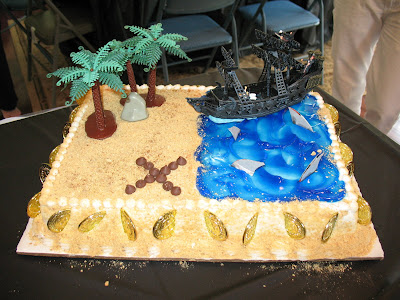 After decorating the cake, I then decorated the children. Swords, patches, and head gear, of course. Don’t the little girls just look savage? My daughter, of course, has her very practical “clicky” shoes on as she calls them. 😉 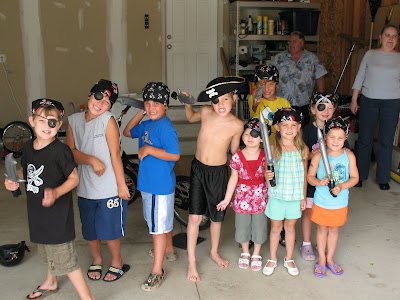 Well, what’s a pirate party without a treasure hunt? I wish I would have taken a picture, but I composed some rhyming clues for the kids and nearly burnt the house down trying to “antique” the edges of them. Note to self: make sure the match is out before you throw it in the trash can. 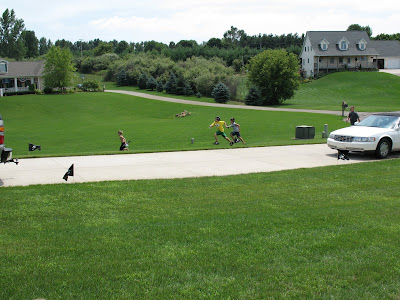 I had my in-laws stay with the little girls on their hunt because it would be easier. Doesn’t it look like my father-in-law is on an easy run UP hill? What a good grandpa! 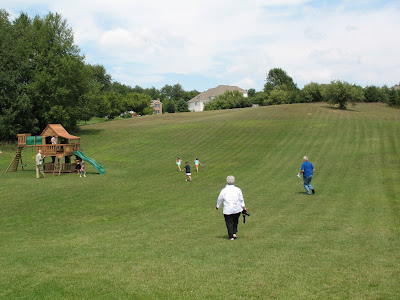 I’m sure you can’t tell from this picture, but my husband was rather proud of their treasure finding moment! Good ol’ hubby buried it nice and deep so the boys would have to actually dig for it. 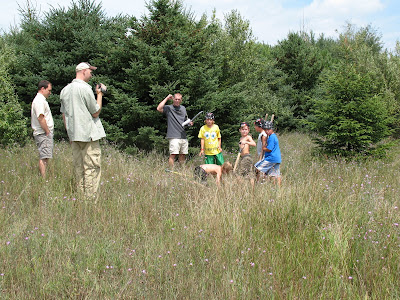 They open the treasure box… 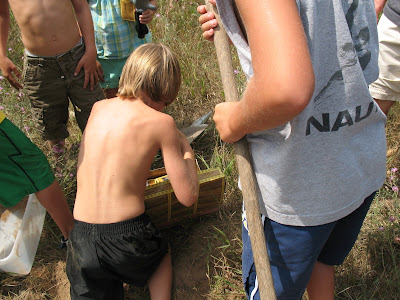 And everyone gets their booty! (My immaturity made me giggle at that word.) 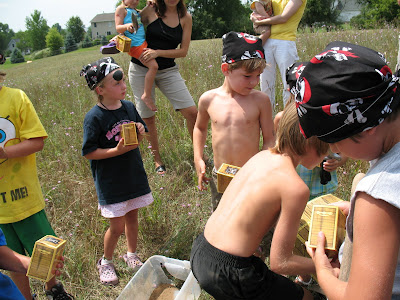 A good time was had by all, and mom slept REALLY well that night. A word of advice: treasure hunt parties are a LOT of work!

P.S. This is the only picture I have to prove that I actually existed on that day. I took it of myself by accident. How. sad. 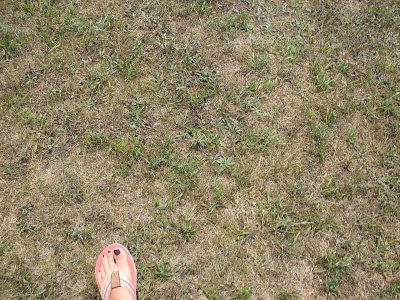